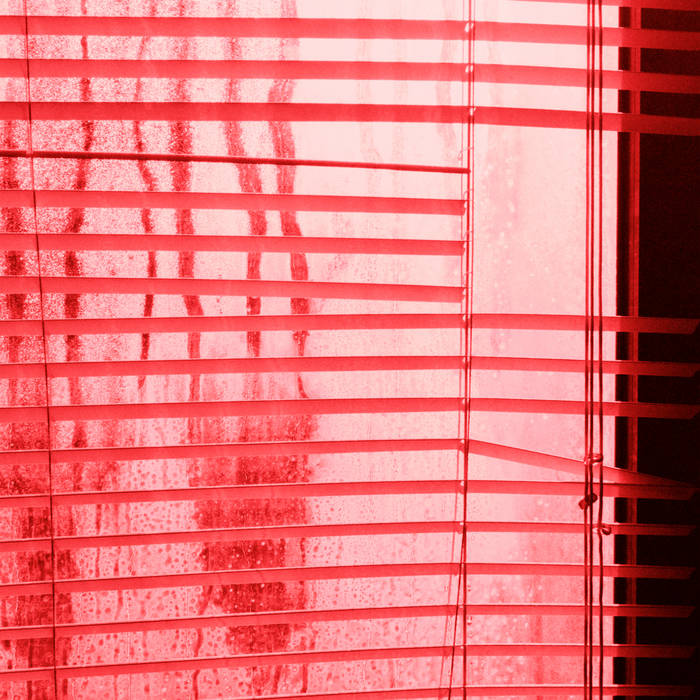 zobarx Not as anxious as Shift, this record has some notes of genuine fear at times. The chord progression & its expansion in Rot is how I'd end a set just to leave the crowd uneasy & kind of scared. Another great record! Favorite track: Rot.

Chicago has always had a large contingent of musicians operating on the less-is-more principle. The city’s old bluesmen could imply a whole chord with a single note. Reductionist provocateurs like U.S. Maple or Shellac fought against rock n’ roll bloat. You can even look at the deconstructed compositions of iconic Chicago albums like Yankee Hotel Foxtrot and see a definitive attempt at stripping away not just unnecessary adornments, but even some of the supposed load-bearing structural components. In that regard, Chicago trio Luggage serve as model representatives of their city, wielding the standard components of their trade—guitar, bass, drums—while stripping away any hint of excess until they arrive at the most austere manifestation of rock n’ roll: magnets picking up the vibrations of nickel-wound strings, wooden sticks striking polymer skins, laconic sung-spoken vocals. And on their fourth album Happiness, Luggage offer up their starkest work yet.

To a certain degree, the sonic brevity of Luggage stems from the disparate musical backgrounds of their members. The rhythm section of Luca Cimarusti (drums) and Michael John Grant (bass) came up through the ranks of the underground playing in noise-punk bands while guitarist/vocalist Michael Vallera cut his teeth in the world of experimental ambient music. These might seem like drastically different styles with diametrically opposed aims, but both approaches embraced minimalism. Across their first three albums—Sun (2016), Three (2017), and Shift (2019)—Luggage took post-punk’s tonal palette and frequency assignments and put it under a microscope. On Happiness, Luggage pushes even further into their ASMR-level hyper-lucid fixations, making every note and percussive strike feel like a definitive statement while simultaneously expanding their stylistic range. Their music has always had a feeling of existing in a kind of vacuum, and there’s ample reason for their new album to feel even more like a hermetic experience. “We wrote Happiness over the pandemic and it was largely the only interaction we had with people other than ourselves,” Vallera says. “It’s a very raw photograph of a particular moment in our lives.”

Isolation shaped the album in other ways as well. Shelter-in-place measures and self-imposed quarantines meant that writing sessions were less frequent and the creative process was often interrupted. “Each time we would link back up, only the strongest ideas from the previous sessions stayed,” Cimarusti says. “The time apart allowed us to really cut out anything that wasn't the absolute best thing we came up with. At the root, these are our most minimal pieces as far as parts and structure goes, but once we got into the studio, we were able to flesh them out with a wider sound palette than ever before, so it comes across as our most layered work, despite the stripped-down foundations.”

Happiness opens with the title track, a patient but authoritative distillation of the band’s admitted “love of different elements of alternative rock.” Like a more tightly wound Silkworm or a more dire Lungfish, “Happiness” uses a few economic musical phrases to serve as a backdrop to Vallera’s lyrical vignette that captures “moments of daily reflection, the minutiae of walking, living in an apartment, and navigating the environment in the context of the pandemic, an authoritarian political state, and the divisions within our society.” That sense of existential dread within the strictures of modern life continues on “Lie Design,” a fatalistic fugue colored by a Wipers-esque punk primitivism. “Rot” finds the band switching gears into languid Americana, where an ominous chord on an acoustic guitar and the peppering of a few well-chosen dissonant notes somehow manages to convey as much stoic drama as a Cormac McCarthy novel. The latter half of the album continues to explore different terrains —the clamorous spiral of “Fear,” the muscular heaviness of “Idiot Bliss,” the hydroplaning Klaus Dinger drum pattern and jagged guitars of “Wealth”—all while bearing the band’s signature economy and gravity.

Luggage’s jam econo principles applied to the recording process for Happiness as well. It was tracked in just one day at Electrical Audio in Chicago by Jeremy Lemos (Jim O’Rourke, Stereolab, Bill Callahan) and mixed the following day. Bob Weston mastered it at CMS. Together, the six tracks on Happiness create an immersive experience—an aural representation of cabin fever, of being an organic body in a rigidly geometric environment and a dynamic entity in a static world.

Bandcamp Daily  your guide to the world of Bandcamp